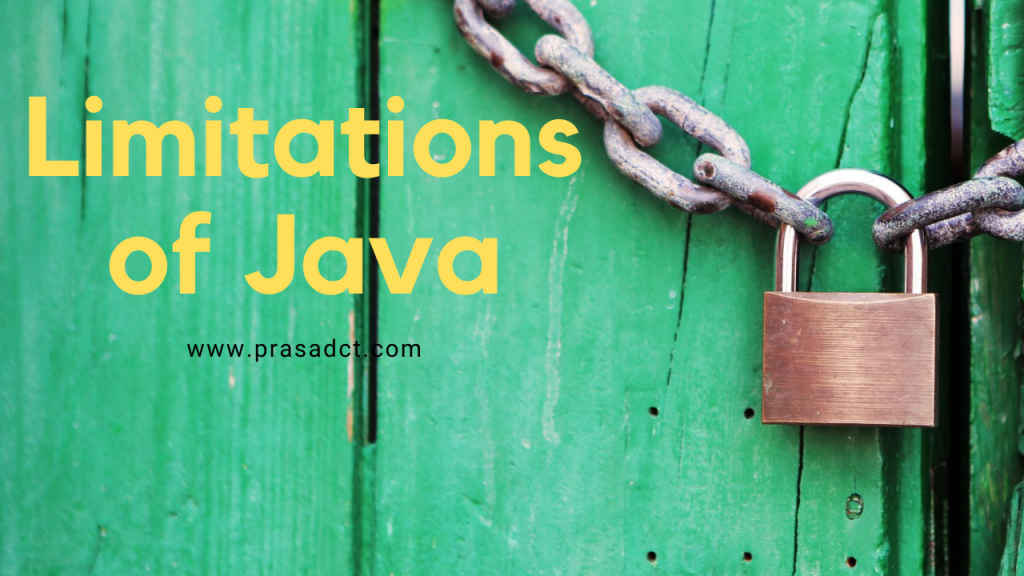 If you are a Java developer, you already know the power of Java. But have you ever thought about What are the limitations of Java? If you have attended any of the Core Java Developer interviews, you may have come across this question because this is one of the common questions that pop up in such kinds of technical interviews.

I think Java do justice to the above statement. But not fully.

Java is too wordy.

Java Java is verbose than other languages like C++. And that makes java easy to learn and understand. For example, to derive a class from a parent class Java use “extend” keyword but in C++ it’s just “:”. I think Java prefer keywords over syntax. Some can say this is an advantage while others say this is a disadvantage of Java. The latest versions of Java IDEs like IntelliJ, Netbeans, and Eclipse are auto-completing these long keywords and syntax so it can reduce the development time.

The garbage collector is one of the best features in the Java programming language. Because of it, developers don't need to understand the concepts of memory allocations and memory cleaning of the system. For most of the cases, GC is an advantage. But when it comes to large applications, this non-deterministic operation of the GC caused some unexpected performance issues in the system from time to time.

Not easy to learn for beginners

Java is platform-independent and it runs on a Java Virtual Machine, Which is a container, not the operating system itself. Therefore it does not support low-level programming features.

Most non-Java people tend to think that Java is slow compared to other OOP languages but that is true only for the previous version of Java. Now Java is a mature language and it can compete with other languages when it comes to performance.

Only these are the things that I can think of when it comes to limitations of Java.

OOP Design Patterns – All you need to know.

The Builder Design Pattern in Java

Other posts by author

3 thoughts on “What are the limitations of Java?”