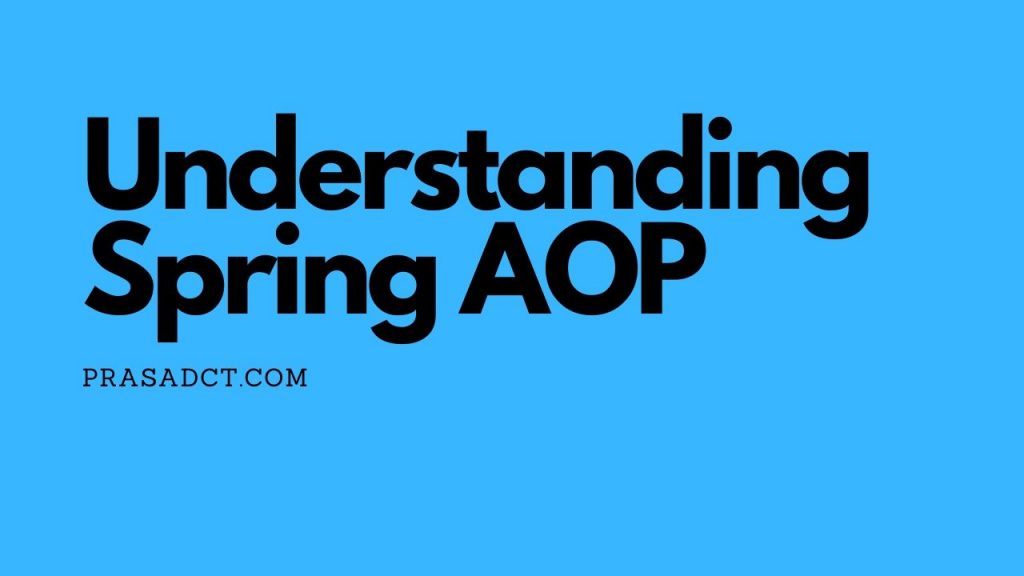 Spring AOP (Aspect Oriented Programming) is one of the key features of the Spring Framework. While Spring’s DI (Dependency Injection) decouples the application objects, Spring AOP decoupled application-wide concerns such as transactions, security, and logging from the objects in which they are applied.

What is Aspect-Oriented programming?

In order to understand further, you have to familiarize with some jargon related to AOP.

Aspect is the cross-cutting concerns that we need to modularization. For example logging, transaction management and security are aspects.

Advice is the concrete implementation of Aspect. It defines what is the job of aspect and when to perform it.

NOTE: Spring supports only method level aspects. We only can use the above Advice types for the methods. Before, After, Around or After throwing an exception from a method.

Join points are the places where your aspect functionality can be plug in to the application flow. This is usually a method being called or an exception being thrown.

Point cuts defines on which joint points the aspect needs to apply. This is decided by the point cut expression associated with advice which is usually a method name or regular expression

In Spring all the Advice is written in Java but the point cuts and joint points can be defined using XML or Annotations.

In Spring, aspects are implemented as proxies that wrap the targeted method. Since spring creates proxies at runtime, proxies objects will be created when it loads from BeanFactory.

It is really important to understand above basic concepts of Spring AOP before going to implement to your own projects. I didn’t included XML based AOP example because annotation based configuration is simple and there is no need to go for XML based configurations with these new Spring-boot features.

Other posts by author